joelbct wrote:I just ordered two of those amazing Japanese Chawan books with all the color plates. One from ebay, one from Amazon Japan... Could have saved $40 if I'd ordered them both from Amazon Japan, oh well!

"Never trust a man who, when left alone in a room with a tea cosy, doesn't try it on."
- Billy Connolly 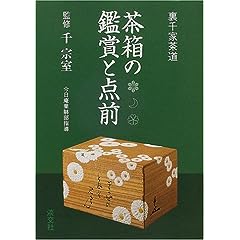 Many pictures (in color) of very nice chabako and chabako ustensils.
A step by step description (pictures and texts all in japanese) of six different variations of chabako tea ceremony.

You have no idea how appropriate this book would be for me - I will look for the English translation. I have been a PreSchool teacher for a long time - and the easiest way to get basic information about something is to find a book geared to children.

That book actually is written/published in English. I discovered it in my local library, and was impressed enough to buy a copy for home use. It really is a superb introduction to tea ceremony for anyone of any age. (It also includes several interesting factoids about tea ceremony that I hadn't come across anywhere else, even after four years of study!)

I particularly appreciate how the author, Shozo Sato, makes some suggestions to the young reader about how he or she might adapt the principles and practices of tea ceremony when receiving a guest. For example, he explains how to prepare a receiving room so that it is more inviting for the arriving visitor, how to set up the "tearoom" (even if it is simply your kitchen table or living room) so that it is welcoming and attractive, and in general, how to treat the guest with a sense of respect and occasion.
laran7
Aug 21st 08 11:26 am
Posts: 134
Joined: Jun 9th 08 1:36 am
Location: Cape Cod Massachusetts
Top

I particularly appreciate how the author, Shozo Sato, makes some suggestions to the young reader about how he or she might adapt the principles and practices of tea ceremony when receiving a guest. For example, he explains how to prepare a receiving room so that it is more inviting for the arriving visitor, how to set up the "tearoom" (even if it is simply your kitchen table or living room) so that it is welcoming and attractive, and in general, how to treat the guest with a sense of respect and occasion.

Hi Chamekke -
Thank you for that - my library is on an internet system and can find a book almost anywhere in New England. I'm thrilled - the more I read- the more interesting and lovely the whole process sounds. 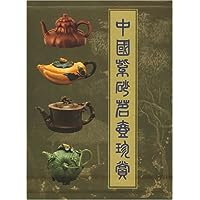 -《朱泥壶的世界》The most perfected book on Zhuni. Have been long since the first publishing. Not easy to find. 400 Yuan. 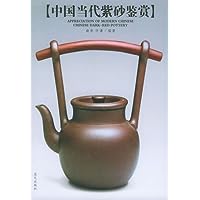 
Not like they are the great ones for any Yixing users but surely ones to stick nose even by one who don't read Chinese. Note 10 Yuan = 1.5 USD.

I just ordered The Art of Tea No.4 from Hou De and it is wonderful. I love how in depth the articles are. The english translation is a bit wonky but still very enjoyable.

Wow. How do you guys read all these non-english books!

A book I think very highly of is this:

The second part of this book includes illustrations of around 180 types of teas, with photos of dry loose tea leaves, color of tea water and wet, spent tea leaves. Just this part, I think, is outstanding work. And so far I haven't seen a second book with all these illustrations.

The book has no English version though. But the illustration page of each tea has the Chinese name and pinyin (Chinese pronunciation) of the tea. The book was written and edited by a committee of top tea scholars in China. They are from different institutions, took all the trouble to get together for meetings, tea tastings and picture collecting. The book is not perfect (I personally think the graphic editing and book design could have been much better), probably due to limitation of funding. But it's very respectable work.
By sitting in peace and doing nothing,
You make your one day worth two days.

I bought "All The Tea in China" by Kit Chow and like the book. When I was deciding whether or not to buy it, I browsed for reviews and found there were several books called "All the Tea in China" most of them novels.

This morning, while I had brief access to "The Times" I read an interesting review of another - I thought at the time it had the same title.

browsing tonight for further reviews and found even more books with the same title but not the one I was looking for.

Rose's account is full of colour but unfortunately heavy on the relentless recapping beloved of TV documentary-makers. Although given that that itself is born of the fear that viewers might have just popped to the kitchen to make a cuppa, there is perhaps something pleasingly Confucian about Rose's appropriation of it.

I don't know what happens in American households when the adverts appear on television at key viewing times (Superbowl for instance) but I know that the Central Electricity Board prepares for power surges on the UK National Grid at such times [having learned from collapses on the grid in times gone past.

Apparently millions of househols REALLY do go and switch on the kettle.

TeaChat has contributors from Canada,Iceland,Spain,Romania,France,Taiwan,China and many, many more countries - not just the U.S.A and U.K.

"What do you do when the adverts come on during your favourite T.V. programmes?"
1 make Tea
2 watch the adverts
3 something else altogether

3 and 6 could possibly be merged
7 Any other recommended options you would like to see in such a poll?

An alternative - but very similar detail of the book can be read here
http://www.randomhouse.co.uk/catalog/bo ... 0091797063
also here
http://www.newasiabooks.org/index.php?q=node/3990

Has anyone got the book? Or read it?

For All The Tea In China - - Tea: The Drink That Changed the

"For All The Tea In China"
Apparently the UK publication date for this Sarah Rose book is March 5th.

I fly out on March 3rd

According to the Twinings Tea Co.,

"The 'CTC', or 'Cut, Tear and Curl' method was invented during World War II to increase the weight of the tea that can be packed into a sack or chest."

A bit more detail is supplied in this document, a much more entertaining description of how tea powder concentrate is manufactured.

"The second method is the most popular of a number of non-orthodox methods that involves using a machine resembling a mangle that cuts, tears and curls tea leaves. The original machine was invented by W. McKercher in 1930 and is commonly referred to a CTC (cut-tear-curl) machine. The finely cut product is known generically as "CTC tea" and is characterised by a fast infusion rate and strong colour."

Not surprisingly, the invention of the heat-sealed paper teabag occurred in 1930.
http://en.wikipedia.org/wiki/Tea_bag

Interestingly, instant coffee, introduced in the post-war, ear, was a spin off of WWII technology for production of antibiotics and blood plasma. Similar application of processing methods yielded instant orange-juice (concentrate).

The finding that the UK electrical grid is managed for load according to television programming was pretty humerous.

I posted a review of Michael Harney's "The Harney & Sons' Guide to Tea" to my blog (http://www.tea-guy.com) on Monday.

The book was fantastic! It walks you through professional tasting practices, and does a logical progression from white to Chinese green to Japanese green to yellow to Oolong and on...

I just finished Tea by Lydia Gautier. Being very green to the history and full gamut of the tea culture I thought it was a bit lacking in information. I learned a bit, and some things were covered in detail. Overall it could have had more in-depth though.

Next on the list is the Tea Companion and the Harney's books.