End The War On Bad Brews!

Hello tea lovers...I need your help (and photos of tea)!

Looking for help with Boba pearls

How do you not burn your fingers on a Yixing Xishi pot?

Thinking about experimenting with making my own blends again... What good teas have you guys had that contain star anise? I want to try it out with a couple of different things.

I experimented with that with masala chai blends but didn't like it. That would seem the most natural use for it, mixed in with a lot of other spices as a supporting element. That taste is just too sweet and too distinctive for me, and I guess I just don't like it, although I do like the idea of it. 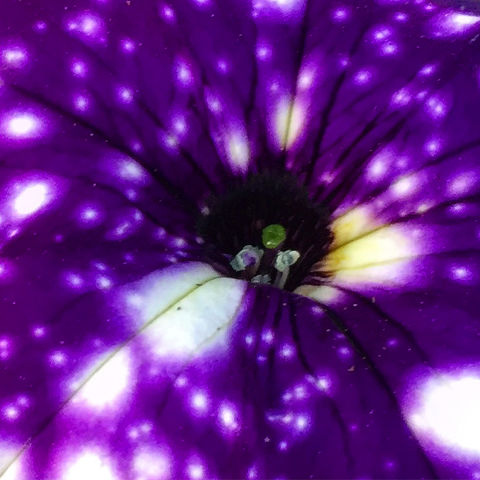 I agree with the above comment, with regards to chai blends. In my opinion, anise does a great job as a "supporting" flavor in spicier, more complex teas. Something like this Adagio chai blend might be a good place to start: http://www.adagio.com/chai/gaucho_mate_chai.html. This one includes aniseed (the seeds that are held inside the star anise pod), in addition to the usual chai spices. This is also something you could try replicating at home with your own ingredients, or use as inspiration for your blending adventure. I hope you let us know how it goes/went!

I just tried making a Thai iced tea, which now that I think of it might be the most obvious use for star anise in a tea blend. Or maybe only obvious to me, since I live in Thailand, and they actually do drink that stuff here, along with bubble tea and lemon tea.

The most typical version sold here is powdered, artificially flavored, and artificially colored, truly an abomination, but at the same time not so bad if you don't think of it as related to tea (like instant coffee, or McDonald's milkshakes, except those aren't so nice).

I've researched the most likely original formula for an earlier post and it could have started from a mix of black tea, roasted crushed tamarind seeds, and orange blossoms. Or maybe not.

I'll paste the recipe I found and used as a starting point here, noting that I didn't actually follow this recipe, and cut the sugar I included way back. My blog post covering what I did adjust it to, and that recipe (it might go without saying I used loose tea instead of tea bags):

I like star anise in various spicy combinations with ginger, cinnamon, cloves, cardamom, lemon, holy basil, often with chamomile as a 'base' for the tea (usually not all of those at once).

And it is terrific as a a trip with chocolate and pink peppercorn: not a combo for tea, but for cookies or hot chocolate: the sweetness of the star anise makes it possible to use very little sugar.
ethan
Sep 22nd 16 6:24 am
Vendor Member
Posts: 1301
Joined: May 27th 12 4:47 pm
Location: Boston, MA
Top

I find people like receiving gifts of the Thai Black Tea blend that I bring back to the USA from Tea-Village. The packaging is attractive & the aroma led by its star anise pods alluring; however, I don't know that they prepare it more than a few times. T-V does not use good quality tea for this. Vee says that w/ all that is done to it, spicing etc. there would be no reason.

I came to the conclusion that the sweetened condensed milk used in Thailand is key to enjoyment of this tea. It contains about 10% palm oil whose unique bitterness counters the sweetness of the canned milk & the large amount of sugar usually added by street vendors. I enjoy this once or twice a week while walking in Thailand but not at other times.

Related to Ethan's comments, quality of tea is a factor but type of tea is just as relevant (overlapping ideas and scopes, for sure). CTC teas that are relatively finely ground to or even in the form of much larger particles add plenty of astringency, requiring a lot of spice, sugar, and milk to balance against or compensate for that factor. The end result can't really be exactly the same if a very astringent tea is countered by condensed milk, but results could still be acceptable, especially to someone that isn't a tea enthusiast.

Using a really good whole-leaf black tea that could stand alone might not matter much, but even though there is plenty of range in the middle it might not be normal for people to strike a good balance. In my own experiments with that Thai tea and masala chai I offset some of these concerns by typically mixing two teas, one a bit better than would likely normally go into such a tea and one more in that normal CTC range.